How Fintech Could Cause a Revolution in Compliance 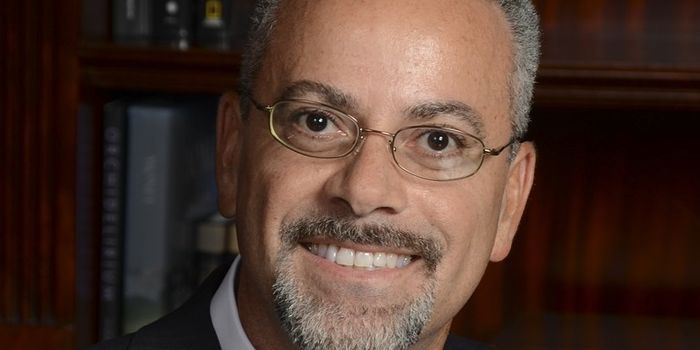 Compliance in financial services could be revolutionized by financial technology, which holds the potential of making the processes more efficient for firms and regulators, according to Jude Scott, chief executive of Cayman Finance.

Mr, Scott, whose organization represents the sizable financial sector in the tax haven of the Cayman Islands, is promoting a vision in which use of a common ledger, sometimes called blockchain, would become the standard place for verifying the credentials of customers. To ease the way to that future he advocates global standards for key areas of compliance such as money laundering.

At present, Mr. Scott said he’s only involved in “informal conversations.” He sees the key international bodies for realizing this vision as the Group of 20, financial centers such as the Caymans, the Financial Action Task Force–which sets anti-money laundering standards–the International Monetary Fund, the World Bank and the Financial Stability Board.

At the same time, Mr. Scott said the way fintech has developed hasn’t helped its image. Blockchain became closely associated with virtual currencies, which in turn have become associated with criminal activity. Transactions among individuals, such as in peer-to-peer lending, have been at the forefront of financial technology but Mr. Scott points out such transactions are done anonymously and not according to any global standard or certification, and so are “a regulator’s worst nightmare.”

Still, Mr. Scott said preparing a framework of laws and standards could direct the development of the fintech market toward the institutional market. “We believe that although pressure is coming from individuals, there’s an opportunity to leapfrog that and initially focus on building a system based on entities,” he said.

Looking at anti-money laundering compliance, Mr. Scott points to widely varying interpretations of the international standards set by the FATF. Individual countries make their own rules based on those standards, but they diverge enormously. For example, Spain has by far the largest number of politically exposed persons –those singled out for higher risk controls by banks–because it uses an expansive definition of local officials. Financial institutions then apply their own interpretations of the rules in their compliance, which can also vary from peers.

In Mr. Scott’s long-term vision, financial institutions would follow a global standard enshrined in the common ledger, while anyone transacting with an institution would be “certified and approved” according to that standard. Regulators would have access to the ledger and the metadata associated with any transaction. The result would be quicker and more efficient compliance, he said. Compliance officers would focus their time on supporting their firms’ technology platforms, rather than dealing with the burden of screening thousands of transactions for risky customers, an exercise that has to be duplicated by individual banks for the same customer.

Mr. Scott said the Caymans could be at the forefront of testing such a system based on its role as a financial center that includes being the biggest locale for offshore hedge funds, but he acknowledged the ambitious nature of what he depicts.

In the meantime, he urged the adoption of uniform compliance standards within countries and working with regulators to establish a regulatory framework that can accommodate the development of fintech. It’s possible, he said, that “once you have the framework in place [the whole new system] would rapidly deploy into practice.”

Addressing another topical compliance issue, Mr. Scott said he doesn’t support a public registry of beneficial owners of securities of the kind championed by former U.K. Prime Minister David Cameron . He said the weakness of such registries is they’re self-reported, which undermines their trustworthiness. Instead, he touted the benefits of the ownership registry established by the Caymans, which requires service providers such as law firms to verify the information under threat of criminal penalty if they get it wrong.

The Caymans have improved the technology behind the registry to be able to respond to requests from U.K. law enforcement more quickly, said Mr. Scott. The U.K. has jurisdiction in the Cayman Islands, which are a British Overseas Territory. “We see what we’re doing as world-class and recommend it as a global standard,” he said.

Nicholas Elliot, “How Fintech Could Cause a Revolution in Compliance” Wall Street Journal, January 26, 2017. Accessed via: http://blogs.wsj.com/riskandcompliance/2017/01/26/how-fintech-could-cause-a-revolution-in-compliance/