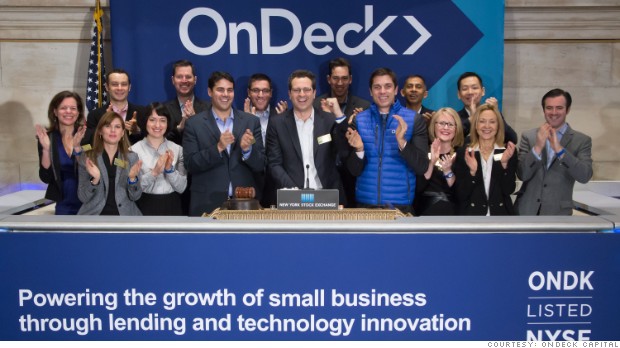 “OnDeck has emerged as a leading provider of growth capital to small businesses around the country,” said Jon-Claude Zucconi, managing director of Credit Suisse, in the press release. “The team’s innovative vision and commitment to financing is vital to expansion and growth in the small business community.”

OnDeck said it plans to initially use a portion of this facility, together with other available funds, to optionally prepay in full the existing $100 million Prime OnDeck Receivable Trust facility, which was scheduled to expire in June 2017. “This transaction marks a continuation of our financing strategy to diversify funding sources, extend debt maturities and create additional funding capacity to pave the way for future loan growth,” said Howard Katzenberg, CFO of OnDeck, in the same press release. “We are pleased to have Credit Suisse, a leading global financial institution, support OnDeck in our mission to power the growth of small business through lending technology and innovation.”