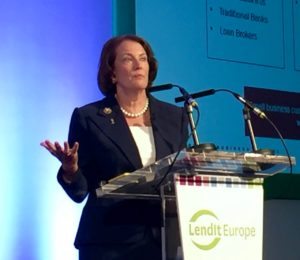 Senior Fellow at Harvard Business School Karen Gordon Mills along with VP of Strategy at Fundera , Brayden McCarthy , have recently posted a working paper on SME lending. Mills is also the former Administrator of the Small Business Administration – a post she held during the Obama administration just as the economy was struggling to emerge from the Great Recession.

The document is called “The State of Small Business Lending: Innovation and Technology and the Implications for Regulation.”

The new working paper is a follow-up to their 2014 research , where they highlighted the gap in access to credit — in particular, small dollar loans that are under $250,000. A crucial segment of lending for small business. The intent is to highlight the obstacles and opportunities for SMEs, online lending, and regulatory bodies. Small business in the US, like most other countries, generate the bulk of economic activity and job creation. A robust ecosystem of access to capital for SMEs is vital to the nation’s interest.

“Though still small relative to the traditional bank market, these new competitors provide fast turnaround and online accessibility for customers, and use new data and credit scoring algorithms.”

Mills and McCarthy explain the evolution of the small business lending marketplace to date. The first phase of online lending to SMEs is dubbed the “ wild west ” and covers the past several years when the online lending market first popped up and companies reached record valuations on the public markets.

This current phase is transitioning into a new one, as conversation about disruptive Fintech firms threatening to take over traditional banks come to an end.

Instead, leading companies have run into problems and traditional players have developed partnerships with online marketplaces to consolidate customers, marking the second phase to the state of small business lending.

Who are the players that will survive this new phase? According to Mills and McCarthy:

“As the online marketplace evolves, those who succeed will be the ones who have access to low-cost capital and those who can best access and serve the small business customer—creating products that fit their needs and ensuring that small businesses find their way to the loans that work best for them. This will drive greater customer satisfaction and lower defaults, which is good for borrowers, lenders, and for small businesses’ contribution to the U.S. economy.”

The writers outline four strategic choices that incumbent players have moving forward in this new phase that we are currently witnessing:

As this new small business lending marketplace becomes more entrenched alongside traditional institutions, one cannot ignore the regulatory side.

The “spaghetti soup” of current regulatory bodies and laws involved has so far turned a blind eye to small business lending, but that reality will not continue for much longer — especially as bad actors emerge and regulators aim to prevent another subprime market challenge. 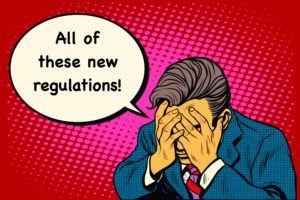 The list of regulators does not include legislation that currently exists or may come out of Congress.

In attempts of untangling this alphabet soup and legal morass, Mills and McCarthy have a set of recommendations for regulators navigating this new small business online lending market: 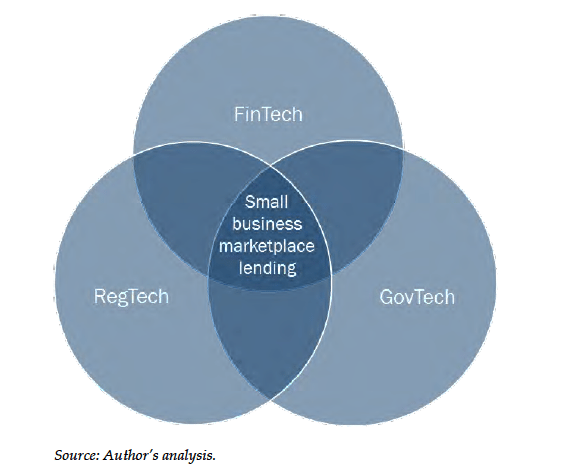 Policymakers will have to ensure that new and existing SME regulations do not suppress growth and allow for continued innovation, especially during uncertain political and economic times.

Support for SMEs, however, has typically been a bipartisan issue; Washington should take advantage of that fact.

As Mills and McCarthy describe,

“Despite the political gridlock in Washington, the importance of American entrepreneurship continues to be one of the few issues on which there is bipartisan agreement. The ability to start a business has long been part of America’s national character and consciousness, and has been fundamental to the American Dream. However, there is now a consensus among mainstream economists that the rate of small business startups has been declining for a few decades, with a pronounced acceleration in this decline after 2000. In addition, as previously discussed, the recession hit small businesses particularly hard. Despite the uptick in employment and a record number of months of continuous overall job growth, the rate of startup formation has yet to recover.”

The country continues to debate the progress of our democracy, economic recovery and monetary policy, social issues, and foreign policy’s bilateral and multilateral relationships. While this debate is important, the health of U.S. small businesses that is at the center of entrepreneurship should also be at the top of all policymakers’ list of things to address in the coming years.