What Does a Trump Presidency Mean for Fintech? 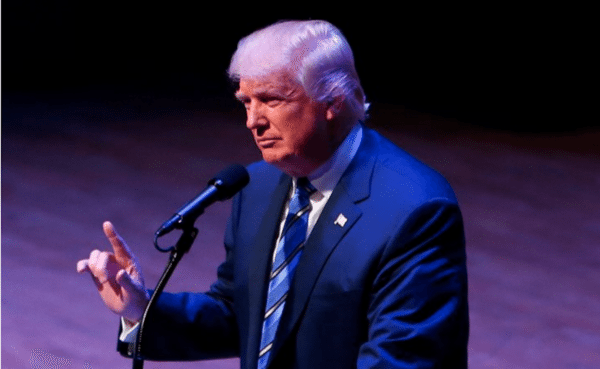 Soon the dust will will settle and the collective surprise of a Donald Trump Presidency will sink in and the United States will move forward. On top of a populist Trump administration, the Republican Party will control both houses of Congress. This is a combination that has not been experienced (and bungled) since the Bush administration.

So can Trump fix the many issues that challenge the nation? From Isis to Putin, to ObamaCare to trade, immigration and on and on. The list is quite long. While the economy was a frequent topic of Trump’s on the campaign trail, beyond proclamations of creating more jobs, details remain sparse.

In an election cycle that became better identified for its hubris and invective, solid policy statements were a bit light from both sides of the aisle. Now it is time for the Trump Transition team to go full bore as it wrestles with the machine known as the US government.

But what about Fintech? What about alternative finance? Will a Trump Presidency push entrepreneurship and innovation as an important priority? Good question.

Traditionally, the GOP has been known as a pro-business, small government and low tax party. With Trump, all preconceptions get jettisoned. The markets have reacted accordingly in a schizophrenic manner. At first tanking and now in rally mode. No one is quite certain what it all means. Renegotiating trade deals and limiting immigration, depending on the details, can both be a muzzle on economic growth.

According to Trump’s economic platform, he envisions an economy that creates 25 million new jobs – an admirable objective. Trump advocates on behalf of a pro-growth tax plan, reducing corporate taxes, and a “new modern regulatory framework”.

Trump, soon to be our 45th President, has stated;

“Every year, over-regulation costs our economy $2 trillion dollars a year and reduces household wealth by almost $15,000 dollars…The U.S. economy today is twenty-five percent smaller than it would have been without the surge of regulations since 1980.”

This past summer Trump met with Representative Jeb Hensarling, Chair of the House Financial Services Committee. Hensarling has proposed an updated approach on financial regulation and a Dodd-Frank alternative. Hensarling believes the cost of Dodd-Frank compliance is a burden that is shouldered by consumers who inevitably foot the regulatory bill. Trump concurs.

Most policy makers believe Dodd-Frank was an excessive act of regulation. A reaction to the financial crisis that has harmed financial firms and specifically community banks. Counterintuitively, Dodd-Frank has reinforced too big to fail while undermining banking competition as smaller firms simply cannot pay the toll and compete. Oddly this helped to create a certain amount of opportunity as online lenders jumped in to fill the credit gap. Trump is on the record stating;

“I would say it’ll be close to a dismantling of Dodd-Frank … Dodd-Frank is a very negative force, which has developed a very bad name.”

And it is not just Dodd-Frank that Trump wants to “dismantle”. He wants to reform the entire regulatory code. His position page says he will “ask all Department heads to submit a list of every wasteful and unnecessary regulation which kills jobs, and which does not improve public safety, and eliminate them”.

Everyone acknowledges the need for thoughtful regulations but the US government has fallen into the pattern of adding regulation upon rule – again and again. It is a rare occurence that one is removed. Streamlining financial regulation could be a benefit to all including Fintech firms.

On the other end of the spectrum is the Glass-Steagall Act, the law that used to separate banking and securities. Trump has stated it is time for a 21st Century Glass Steagall Act. This is a regulation he wants to bring back. Ironically, this echoes his nemesis Senator Elizabeth Warren who has vocally advocated for separating commercial and investment banks. In a match made inside the beltway, Senator Warren and President Trump may agree on this issue.

So will decisive regulatory actions improve the environment for alternative finance? Will Glass-Steagull live once again? It is anyone’s guess. Saying and doing are two different things in our nation’s Capitol.

Many luke-warm supporters of President elect Trump point to the fact Trump will not be alone in managing the government. Expect announcements soon regarding the formation of his Cabinet and other high level appointed positions. To the victor go the spoils and Trump’s team is already working on their short list of appointees. Expect committed supporters like Rudy Guliani and Newt Gingrich to be on the list. But what about Treasury? Or the Securities and Exchange Commission? The CFPB? There are about a dozen agencies that touch Fintech regulations so there are plenty appointments to dole out. Depending on who Trump selects, we may receive some enlightened policy makers that embrace technology and financial innovation. We will know soon enough.

“We haven’t spent too much [time] on [financial policy] except for one issue and that is Dodd-Frank. He wants to roll it back.”

Trump may have convinced the electorate he has the horsepower and vision to drive economic growth and entrepreneurship but until specific appointements are announced, and detailed legislation promoted, it is too early to say. What is encouraging is that several bills languishing in the House and Senate may receive a new lease on life. Congressman McHenry’s Fix Crowdfunding Act may get the fix it needs in the Senate. There are other bills on the list.

What the US really needs is an Innovation and Entrepreneurship policy. Perhaps even a Cabinent level Innovation Czar. Many nations around the world have looked towards policy that incentivizes an innovation driven economy. Regarding Fintech, multiple countries have recognized that creating an environment where rules do not crush financial technology entrepreneurs is the best approach. And strategically important. Financial innovation may best occur while regulators are engaged (and supportive).

The financial industry in the US is one of the best and biggest in the world. Yet it is foolish to take industry supremacy for granted and our elected officials would do well to acknowledge this fact. Let’s hope a Trump adminstration lives up to its job creating rhetoric and works towards engendering an environment of opportunity for all – including Fintech innovators.

JD Alois, “What Does a Trump Presidency Mean for Fintech?” CrowdfundInsider.com, November 9, 2016. Accessed via: https://www.crowdfundinsider.com/2016/11/92290-trump-presidency-mean-fintech/