Trump’s Surprise Victory Could Change the Game for Financial Services 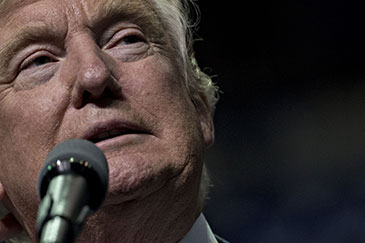 The surprise vote invoked memories of the recent “Brexit” decision in the United Kingdom, leaving political and financial observers unprepared for an outcome that did not go as anticipated.

Once the uncertainty settles down, however, financial institutions are likely to embrace Trump’s deregulatory stance.

“Clearly, there is going to be an easing of regulation,” said John Stadtler, head of PricewaterhouseCoopers’ financial services practice.

Republicans will now have control of the House, Senate and White House for the first time in over a decade. That provides a viable path to a number of big changes to the Dodd-Frank Act, including restructuring the Consumer Financial Protection Bureau and raising the threshold for tougher bank regulation above its current $50 billion asset level.

“The odds of the $50B threshold being altered” are more than 70% “if Trump takes the White House,” Isaac Boltansky, an analyst at Compass Point Research & Trading, wrote in a note to clients this week.

Still, the Trump campaign has been largely devoid of policy details on financial services outside of promises to freeze all new regulations, repeal Dodd-Frank and reinstate the Glass-Steagall divisions between commercial and investment banking.

“He will look to the Senate for guidance,” Hunt said.

Trump could also turn to a package that is being put forth by House Financial Services Committee Chairman Jeb Hensarling R-Texas, that would create an alternative regulatory framework for banks and credit unions and rollback a number of Dodd-Frank measures.

“How do you begin to get back to a system that works for average Americans that would be the questioning spot?” David Malpass, a senior economic adviser for the Trump campaign, said during an interview with reporters in October. “Jeb Hensarling has a comprehensive bill on various segments of that problem and those are well received in the campaign.”

Stephen Moore, another economic advisor for Trump said the campaign hasn’t had a lot of discussion of finance policy but said in an interview that “Dodd-Frank hasn’t worked.”

“One of the reasons we want to roll it back is because we think it has had a very negative impact on small community banks,” Moore said. “The regulatory costs and the compliance costs have contributed to a big consolidation of the industry and if it is not corrected in ten years we are not going to have community banks in this country. The regulatory burden can only be absorbed by big banks.”

“The main takeaway is that the minority party in the Senate will have a check on any legislation it opposes,” Brian Gardner, a policy analyst at Keefe, Bruyette & Woods, said in a note to clients.

“Some form of gridlock is the most likely outcome of the election. That will prevent either party from pushing through its agenda unaltered and will require compromise in order to pass legislation and, in some cases, approve personnel appointments.”