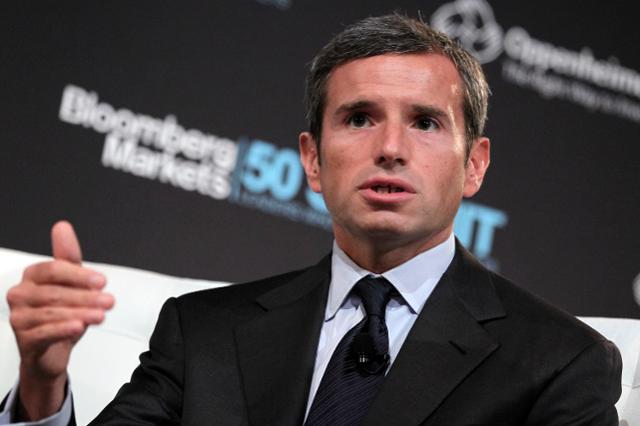 In soliciting comments on marketplace lending, Antonio Weiss, Counselor to the Secretary of the U.S. Treasury, said “we hope to better understand the potential for online technology to expand access to safe and affordable credit for consumers and small businesses.” (Photo by Jin Lee/Bloomberg)

Over the summer, the Treasury Department requested comments on the online marketplace lenders that provide an alternative to bank loans for consumers and small businesses. With the volume of loans rising rapidly, and the field getting crowded with new players, it’s clear that such alternative lending is here to stay. And, overall, that’s a good thing: With banks focused on larger customers, small businesses – which typically need financing of less than $250,000 and often face insurmountable difficulties getting it – benefit from these new ways to get funds.

But there’s been a downside of the rapid emergence of this largely unregulated industry. For small business borrowers, shopping for loans and comparing offers can make buying a used car look easy. In the worst case, entrepreneurs get pressured to sign up for expensive financing, and wind up in a death spiral where they keep having to take out more debt to pay back the earlier financing whose rates and terms they never really understood.

Last month, a group of lenders, brokers and small business advocates got together to introduce a small business borrowers bill of rights as a way to nudge the industry, voluntarily, in the right direction. But there’s a lot to be said for having rules that all players have to follow, and it will be far better for both lenders and borrowers if federal regulators take the lead than if states are left to themselves to create a patchwork of conflicting rules.”I find it hard to believe there will not be some effort for government to take a role,” says John Arensmeyer, chief executive of the Small Business Majority, which represents 28 million small business owners across the country and filed a detailed response to Treasury.

As the Treasury’s comment period draws to a close on September 30, here are some of the areas that regulators should consider as they contemplate how to regulate this burgeoning marketplace without cutting off new sources of capital and much-needed innovation:

Disclosure. Small-business borrowers need to see the details about the financing they’re being offered so that they can effectively compare offers. Currently, some lenders disclose their annualized interest rates, or APRs, while others don’t. Cash advances and invoice financing may not have a traditional APR, but borrowers still need to fully understand the pricing and terms so they can effectively compare the financing options they’re offered. Fees, also, need to be broken out so that borrowers can see clearly who’s being paid what, and whether those numbers are out of line. “That’s the huge one – disclosure around rates, fees and absolute costs of capital, and disclosure around who’s being paid what,” says Sam Hodges, co-founder and U.S. managing director of Funding Circle, which was putting the finishing touches on its offical response when we spoke.

Predatory lending. States have usury caps to reign in predatory lending with good reason. But the rules vary state-by-state, and many non-bank products aren’t set up as loans per-se, so they can skirt the rules. Borrowers need safeguards against abusive products, without cutting off subprime financing for businesses that otherwise wouldn’t qualify for credit. In response to the Treasury’s request for comment, Lenwood V. Long Sr., chief executive of The Support Center, a community development financial institution in Raleigh, N.C. argued that the federal government should set “caps on pricing so that the annualized interest rates are not predatory.” But there have also been “perverse and unintended consequences” to the way some existing state caps are structured, alternative lender Dealstruck said in its letter to Treasury. The problem here is that a state may cap interest at, say, 15% a year, but allow a factoring transaction priced at an equivalent 48%. The result, as Ethan Senturia, Dealstruck’s CEO, and Candace Klein, its chief strategy officer, note is that “many businesses in those states do not have access to appropriate financing (say at 16% annual) and must turn to substantially more onerous alternatives.”

Hard sales tactics. There’s an old saying in insurance that’s it’s sold not bought, and the same goes for many small business loans. With new players looking to add loans to their books quickly, some lenders and brokers are using high-pressure tactics that look awfully familiar to those who remember the boiler rooms pushing penny stocks in the Nineties. As Jared Hecht, chief executive of Fundera, a small-business loan aggregator, that backed the industry’s small business borrowers’ bill of rights, says: “Small business owners have been sold by pushy salespeople, hiding terms, disguising rates and manipulating customers into taking products that aren’t good for them.”

Broker fees and hidden conflicts of interest. There are fees, and then there are fees: While brokers earn a living off fees, there’s a huge difference between a relatively modest 2% or 3% fee and one that’s in the double digits. More problematic, borrowers often don’t realize what fees they’re paying because they can be rolled into the total financing cost rather than broken out (unlike, say, the distribution fees for a mutual fund). This is an area where hidden conflicts of interest can abound: If brokers are paid more for steering borrowers to high-cost financing, that’s what they’ll do. We’ve seen how incentives can run amok time and time again on Wall Street, and it’s an area that’s unlikely to change without regulations that enforce fair treatment.

Defaults and hardball collection efforts. The New York Times recently detailed a few cases in which borrowers who’d declared bankruptcy still had loan payments automatically withdrawn from their accounts by their lender, though the bankruptcy process is designed precisely to give borrowers a reprieve from such collections. It’s unclear how common such collections are, but with defaults on alternative financing far higher than on bank loans, ensuring fair collection practices is a particular concern. More broadly, as Arensmeyer notes, is that issue of defaults: If we simply accept high default rates or allow collecting on defaults to become a lender’s primary source of repayment, he says, “it’s not a healthy system.”